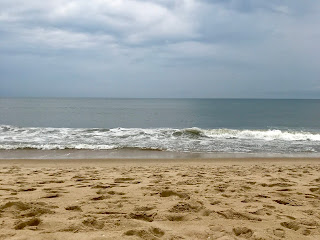 To some it’s creativity; to others it’s disability. To some it’s pride; to others it’s shame. To some it’s inspiration; to others it’s a death sentence. There are about 5.7 million people with bipolar disorder on this earth, and that means there are about 5.7 million different definitions of bipolar disorder.
The unique impairments of mania are what distinguishes bipolar I from bipolar II. I am technically diagnosed with bipolar I, but it is not the best fit. Maybe I’m bipolar I ½. I have experienced mild psychotic features when manic - loose paranoid delusions and strange sensory perceptions. I’ve always had some level of insight into the reality of these symptoms in some part of my mind (and maybe a benefit of having dissociative identity disorder too?). I have never emptied my bank account or had an affair or believed I was a celebrity or anything wildly out of the norm for myself. I have maintained schooling and employment through the worst of my mania. Unless you live with me and witness my inability to shut my brain off to sleep at night (and an equal inability to allow those around me to sleep as well), you probably wouldn’t even know I’m in a manic or hypomanic episode.

When it begins, mania is seductive to me. I feel magnetic, invincible, important, loved, wanted. I feel creative, and my mind effortlessly strings together volumes of poetry in the background of everything I do. Everything is a song. Everything is art. Colors are brighter and people are lovelier and I am in love with everything. I stop thinking about sex as some kind of trauma because even that is an incredible cosmic experience and I wish I could have it all the time. I want to drown myself in alcohol because drinking feels like turning up the volume during a song I can’t get enough of. I don’t believe that anything bad has happened to me or that anything bad ever really could. (Mania flirts with my PTSD a hell of a lot.)


As it goes on, my focus on everyday tasks falters. I struggle to maintain my hygiene or eat much at all. I cling to the control of restrictive eating. My body image becomes more distorted, and I start begging myself to be as beautiful as I just felt I was. I begin rambling on too long when I speak, and parts of my mind begin begging me to shut the fuck up. I can’t. There’s no filter. There are no breaks. I make jokes I wouldn’t usually make because everything is so goddamn funny because nothing is really real. I stay up later, have more vivid dreams and more gruesome nightmares. I am quick to rage over the smallest things. I need to scream. My mind is going so fast with so many thoughts I wish I could just kill myself and make it stop.
Mania sharply descends into depression. They don’t always occur together - sometimes there is mercy. Sometimes hypomania bubbles up for a week or so and fizzles back to normal. Sometimes I finally get some sleep somehow and level out. Sometimes depression acts alone. But if true mania goes unchecked in my brain, it mixes with depression until the bubble pops. Painfully. Just like so many others who share this diagnosis, this mixing of mania and depression is what led me to attempt suicide for the first time when I was 16 and brought me to that cliff many more times after. (I have since made peace with this precipice. I’ve learned to keep my distance and hold on to anything I can until it fades. Therapy has been great, but honestly my dog has been even greater.)
Although I’ve also had PTSD for essentially my entire life, I have been in treatment just for bipolar disorder since I was 16. (I’m just beginning to work more intensely on my trauma symptoms, and I think more recently they are what drives my mood more than anything else.) I’ve worked on honing in my bipolar symptoms for about a decade now through therapy and endless medication. I’ve learned to trust my insight even more, and apply it not only to the manic symptoms but also to my depressive symptoms. I’ve learned to challenge the beliefs that plague my brain when I’m at my lowest, that I am not loved, not worthy, or completely hopeless. And I don’t really know what’s going to happen when I decide I want to be a mother one day, but for now, I am so blessed to have lithium in my life. I still have episodes a couple times per year, and they are worse when my trauma is activated, but being on lithium and a modest dose of an antidepressant (as well as a couple more medications for the anxiety side) is like having bumpers set up over the gutters at a bowling alley. The ball isn’t always centered, but at least I’m not losing myself completely. Without this balance in my brain chemicals, I wouldn’t be able to make the progress I need to make in therapy or in my daily life. But just like there are so many ways to have bipolar disorder, there are also so many ways to treat bipolar disorder.
I’ve lost a lot of my life to bipolar disorder, even though I am still fairly young. I used to think that if there was a cure for it, I wouldn’t take it. I used to think that bipolar disorder made me creative and interesting and fueled everything I’ve accomplished... Now, I think I would take a cure. I’ve lost so much time, opportunities, relationships, and genuine self-love because of this disorder. I’ve been the victim and perpetrator of so much inconsistency. I no longer believe it is bipolar disorder that makes me creative, interesting, and accomplished; I think that is who I am. I think bipolar disorder has realistically stood in my way in those things: rushing my creativity with overwhelming urgency, creating chaos and drama rather than intrigue, and holding my accomplishments at its mercy with a frantic energy or complete lack thereof. I think bipolar disorder has also given my abusers an “out” for abusing me. I understand the functions my mood episodes have served, at least for the most part, but I would rather experience this complicated life without that added barrier of complications. My equilibrium is long overdue. At the same time, I accept that there is no cure, and I also accept that if nothing else, bipolar disorder has made me so much stronger and so much more of a voice for people who struggle like I do.
With love,
T

T is an advocate, writer, and dog lover. She is diagnosed with dissociative identity disorder, complex PTSD, and bipolar disorder. She lives in Maryland with her spouse and her emotional support fur-baby.